Katherine Coville is an artist, a sculptor, and a dollmaker who specializes in highly detailed images of creatures never before seen in this world. She has illustrated several books written by her husband, Bruce Coville, including Goblins in the Castle, Aliens Ate My Homework, and the Space Brat series. Bruce and Katherine live in Syracuse, New York, with a varying assortment of pets and children.

THE COTTAGE IN THE WOODS 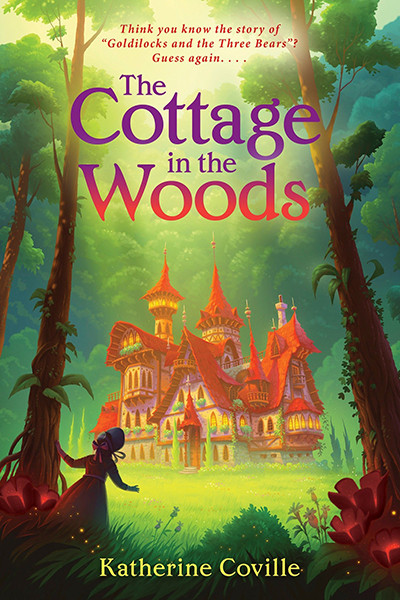 Once upon a time, there was a girl with golden locks. But that’s just the beginning of this tale. The real story begins with a bear.

Ursula is a young she-bear who has come to work as a governess at the Vaughn estate. Although she is eager to instruct her young charge, Teddy, she is also frightened, especially when inexplicable things happen in the huge house after dark. Ursula is sure she has heard footsteps in the hallways at night, and that something is following her during her walks in the Enchanted Forest. Then there is Mr. Bentley, a young bear also employed by Mr. Vaughn, whose superior disposition is enough to drive Ursula to tears . . . and yet why does he also make her heart race? As Ursula works to unravel the mysteries of the Vaughn manor, she will have to be very, very careful. After all, true love, justice, and a girl with golden locks are at stake. And in the Enchanted Forest, not every fairy tale is destined for a happily ever after. 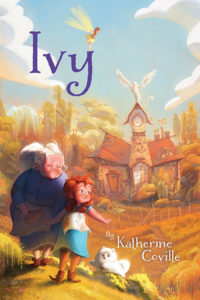 Ivy’s grandmother is a healer—to mostly four-legged patients of the forest. Although the woodland creatures love her, the residents of Broomsweep grumble about Grandmother’s unkempt garden. When a kingdom-wide contest is announced to proclaim the tidiest town in the land, the people of Broomsweep are determined to win. That is, if they can get Ivy’s grandmother to clean up her ways. Ivy is determined to lend a hand, but the task proves more challenging when a series of unexpected refugees descends on Grandmother’s cottage. Before the week is over, an injured griffin, a dragon with a cold, and a tiny flock of temperamental pixies will cause a most untidy uproar in Broomsweep . . . and brighten Ivy’s days in ways she never could have dreamed.

IVY AND THE GOBLINS 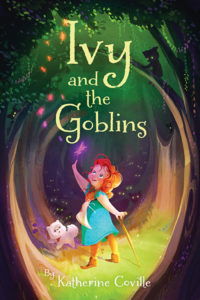 The quiet town of Broomsweep has just started to adjust to the dragon, pixies, and gryphon who decided to call Ivy’s cottage home when a farmer proposes an unusual trade. In exchange for curing his goat of a bellyache, the farmer will give Ivy and her grandmother a mysterious egg. When the egg hatches to reveal a baby goblin, the creature creates such mayhem, even Grandmother doesn’t know what to do. It’s up to Ivy and a few of her magical friends to brave a dark forest and find the goblin’s family. There’s just one problem: Goblins can’t STAND humans! Will Ivy’s daring mission succeed?

BRIAR AND ROSE AND JACK 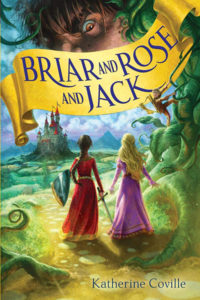 Lady Briar is scorned for her appearance. Princess Rose is adored for her looks. Unbeknownst to them, one or both may bear a curse that only true love can break. But the girls have little time for curses anyway—along with their friend Jack, they are busy plotting the downfall of the evil giant who plagues their kingdom. But how can children succeed when the adults are afraid to even try? And what if the curse manifests? Whose love could be true enough to save the day? 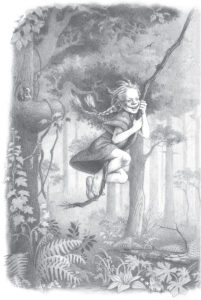 You may also be interested in these books, written by Bruce Coville and illustrated by Katherine Coville.